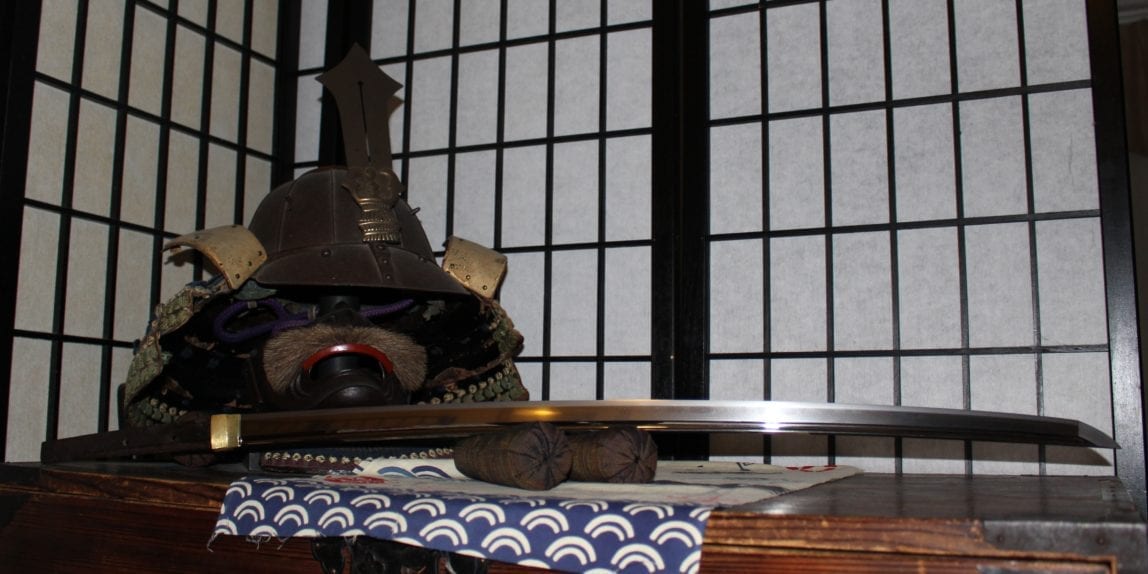 A Rare Smith, a Common History.

A sword smith of the Kongobyoe school in the Chikuzen province, active during the Nambokuchu period, works of Reisen Sadamori, and in general of this school, are quite rare. Named after the harbor town, Reisen in Hakata City, he was a sword smith ruled by the Southern Imperial Court, as evidenced by a rare extent work; a tanto inscribed Shohei 25. This date corresponds to Ohan 3, the date in the Northern Court, which is roughly 1370 in the Gregorian calendar.

The Kongobyoe school passes from Takanawa, Morikuni, Moritaka, and then to the various smiths of the school, including Reisen Sadamori.

The Kongobyoe school had its own style that exhibits both Yamashiro and Yamato Influences. Thus, a classification of majiwarimono, or “off the path”, can be used to describe their works.

Throughout history, works of this smith have been highly prized, lending to a respectable 500 man yen rating in the Toko Taikan and a 100 rating in Hawleys.  Empirical evidence of this is the large percentage of Juyo Tokens attributed to this smith by the NBTHK.  “There are 15 Juyo blades by this smith, and given the rarity of his work, speaks to a high regard held for his swords.  Furthermore, held in even higher regard, there is a signed Juyo Bijutsuhin tanto by this smith. The signature is 筑州冷泉貞盛, Chikushu Reisen Sadamori.” (Darcy Brockbank, nihonto.ca)

My own research has found 6 out of 9 Reisen Sadamori subjects that are Juyo Token.

To the Samurai of the time, the Kongobyoe sword had a much more pragmatic value than aesthetics and ratings.   Studying the evolution of sword technology is important, as it is a glimpse into Japanese history.

The Chikuzen province resided on the Island of Kyushu.  During the late Kamakura period, the Samurai of this area were under attack by waves of new foreign invaders. The most significant attacks came in 1274 and 1281, by the Mongols, under the rule of  Kublai Khan. The Mongol invaders were a foe that the Samurai had not encountered before and were thus, ill equipped to deal with their new enemy.  Thick Mongol armor tested the strength of the Samurai implements.   As a result, Chikuzen swords evolved towards becoming break resistant.

The characteristics that define Kongobyoe swords are high quality jigane, thick kasane, chukissaki, and thin hososuguha hamon. These made for a sword that was highly break resistant and could stand up to the Mongol’s thick armor.  Most of the Reisen Sadamori swords I have seen follow this construction paradigm.

Sugata:  Shinogi zukuri sugata with iorimune, torisori of medium curvature, compact chukisaki, horimono is common.  Pronounced tapering from motohaba to sakihaba is noticeable.  Ubu nakago are commonly sotoba nakagojiri, made to resemble the shape of the end of wooden tablets used for grave makers.

Kitae:  Itame mixed with mokume, running areas of massame are common.  Areas of ohada are also common. By description, when dealing with such, “ohada” and “shingane” can converge.  (A similar characteristic called “Rai hada” can be found in Rai school blades.)

Hamon:  Characterized by hososugaha. Niogughi is uniformly tight and bright.  Konie and small hatakari is common

All these were good traits if you were facing an angry Mongol warrior.  In the end, it was the Kamikaze, or “devine wind” in the form of typhoons that defeated the Mongol invaders. 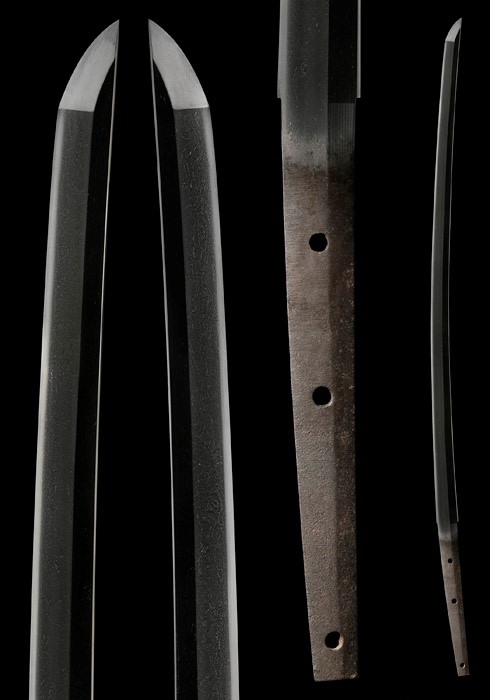