Skip to content
Sword Appreciation: Kanabo Masasada Naginata
A Naginata from the Kanabo School.Signed, Nanto Ju Kanabo Saemonnojo Masasada Saku, this naginata is attributed to the first generation Masasada of the Kanabo Den.  The Kanabo Naginata made during the Eiroku (1532-1570) period show both broad and elegant shizukagozen sugata (like this one).  Later Kanabo Naginata tend to all be wide.

The Kanabo School of swordsmiths was said to have been started by Sue Tegai smiths Shinya Masanaga and Fujiwara Masanaga. The first Kanabo works seem to appear ca. 1521-1528, during the Daiei era of the Muromachi period, in the Kanabo area of Nara in the Yamato province.

Their style can be characterized as wakimono (off the path), but taking influence from the Bizen, Yamato and Mino traditions.  It is said they were the smiths of eccentric Warrior Monks, who mastered the use of pole arms.  The Kanabo School was reknowned for producing masterpiece pole arms, such as the Jumonji Yari.

Example: Jumonji Yari by Kunishige. This excellent Yari was made as a utushi mono or copy of Nanto Kanabo Masazane as is inscribed on the nakago.

Kanabo School nihonto also became highly regarded among the fighting Samurai of the day, who required sharp, heavy implements that would not break during pragmatic use, as evidenced from the many examples that were made by special order.  For this, the Kanabo school was given high praise during a time of constant warfare, a time when swords were typically mass produced to meet a constant demand.

Kanabo School works vary from mass produced to Juyo Token masterpieces.  The hamon varies from basic suguha, to gumome, full of intricate workings.  Their hada is normally corse and prominent; a said characteristic of swords that cut well.

Many Kanabo smiths were rated as Wazamono (certified sharp by cutting test). 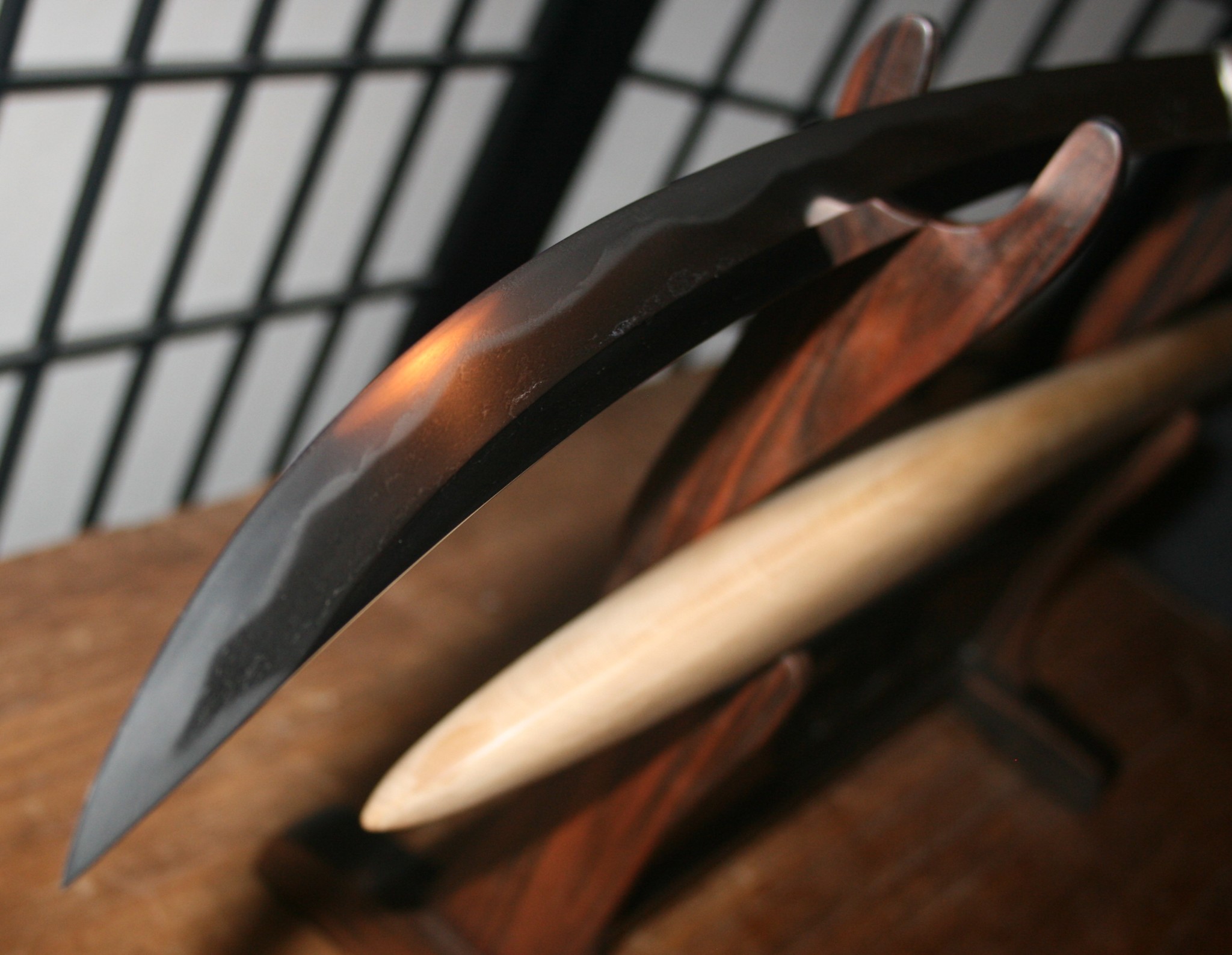 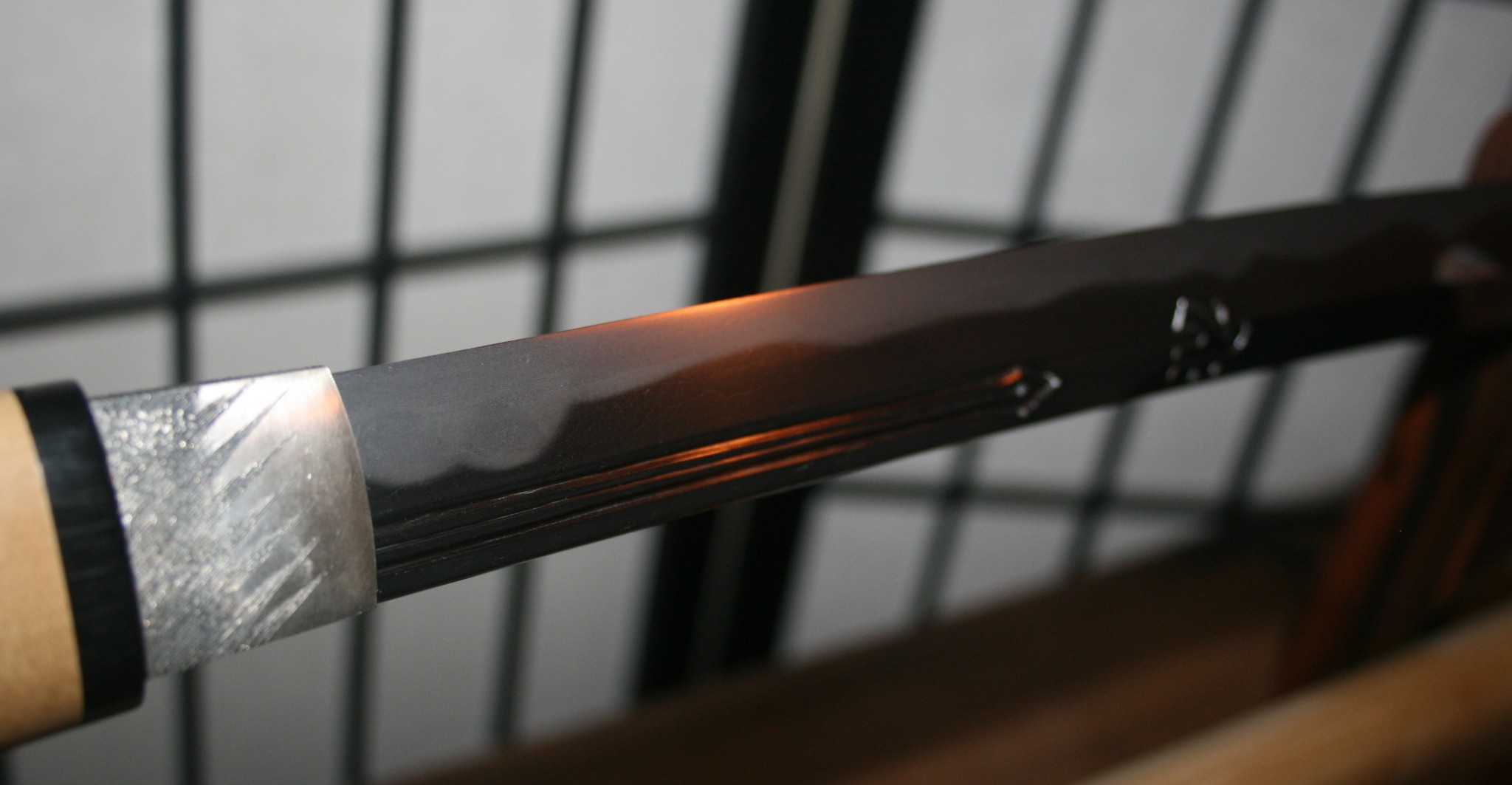 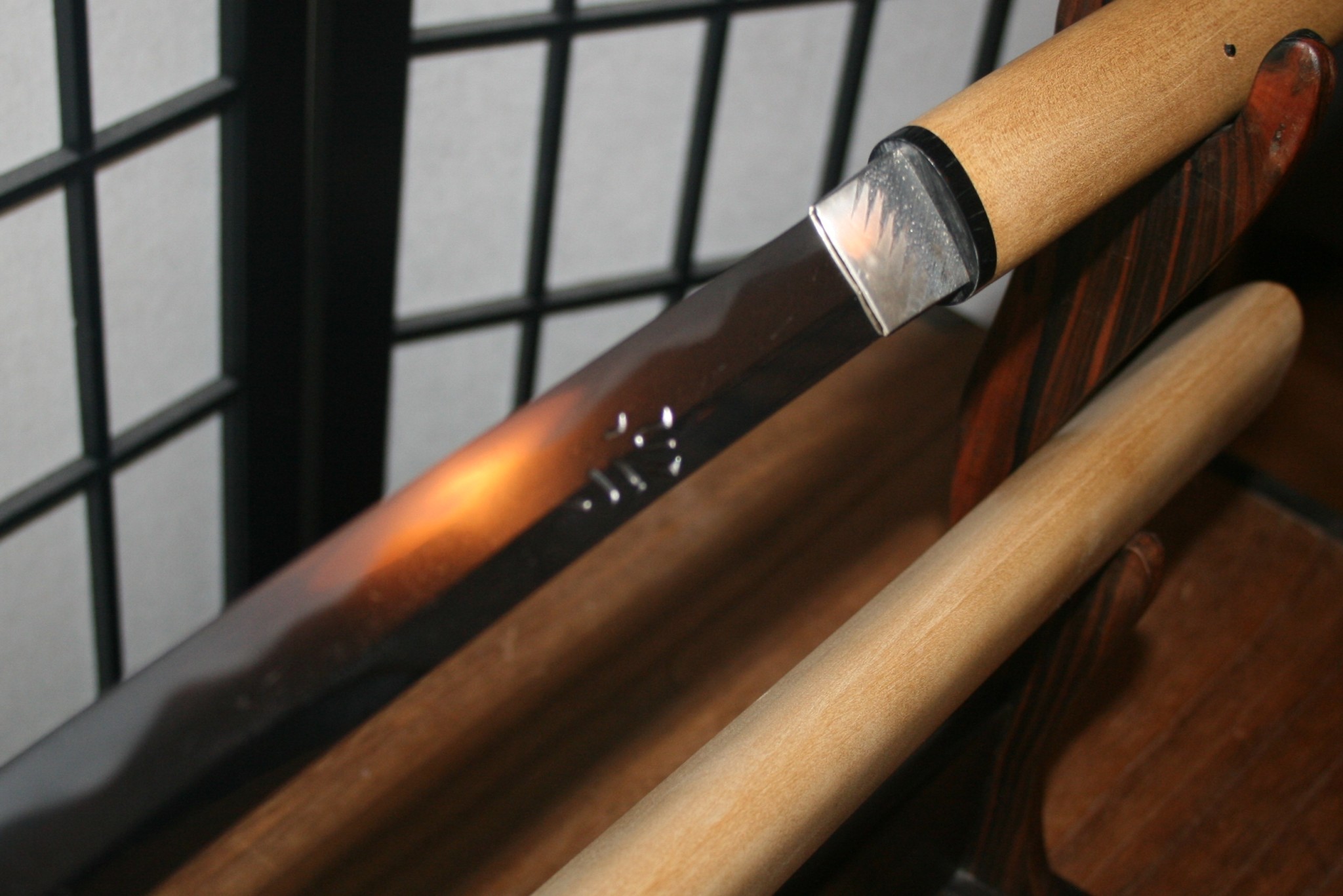 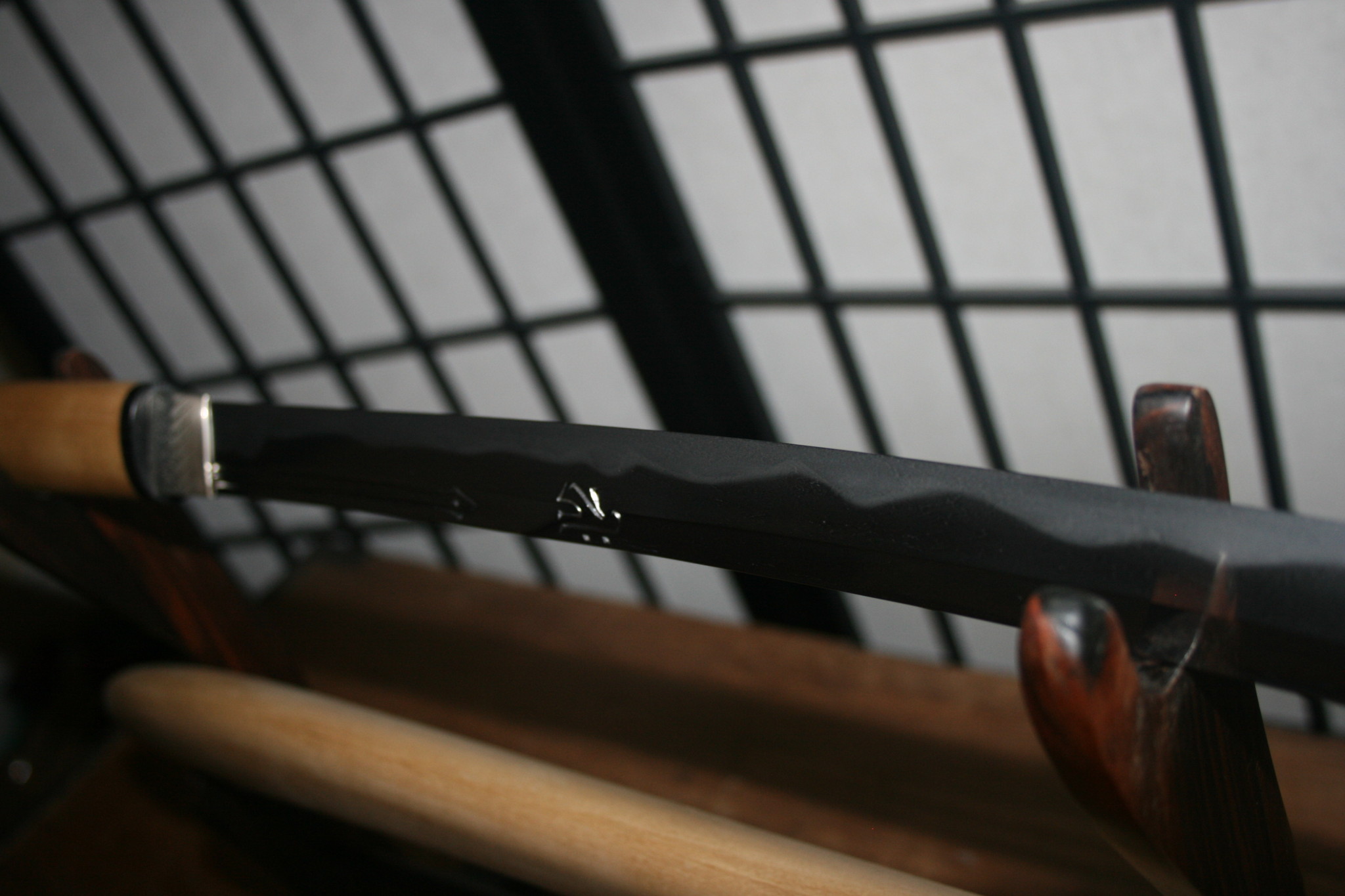